Discussions surrounding improved representation of women in games have become more prevalent, and were a trend in responses to the queer representation survey, but my higher priority was to learn about respondents’ favorite examples of other diverse genders in games such as transgender and nonbinary representation. This desire was reflected by respondents, who indicated that they would like to see more positive representation of trans, nonbinary, and gender non-conforming people in games.

The Dragon Age series featured respondents’ favorite representation of diverse genders, primarily through the representation of Krem in Dragon Age: Inquisition. Krem is Dragon Age’s first transgender character. Many respondents felt that Krem’s inclusion was handled thoughtfully, though some disliked the limited repercussions the player character received if the player chose to speak disrespectfully to Krem in regards to his gender.

Still, the presence of a transgender character in Dragon Age: Inquisition is important. One respondent had this to say about Krem’s representation:

“[…] It is the first time I’ve ever seen a FtM person in a video game, which is important to me as a FtM trans guy not only for it being done right, nor for it just being in a video game, but because it is one of very few representations period.”

Other praise in terms of gender for Undertale surrounded the diverse representation of women, as well as the deconstruction of traditional gender roles that occurs through characters not adhering to stereotypes.

When creating a character in Fallen London, the player is granted a number of options in terms of how they are addressed, including nonbinary options. Respondents praised the fact that choosing a gender outside of the binary does not impact on the gameplay, but can alter how people interact with you throughout the game; you are treated respectfully regardless of your gender, and dialogue is filled with relevant humor. One respondent noted that if you select you are a squid person, you can experience some prejudice.

Life Is Strange was a common response because, although it is not canonized by the developers, Ashly Burch (the voice of Chloe) suggested that Chloe is genderfluid in an interview with FemHype. Others respondents also favored Life Is Strange due to the way women in the game are represented as varied, multi-dimensional characters who have not been sexualized by the developers.

For many respondents, favorite representations of gender and of pronouns walked hand-in-hand. Respondents who praised Read Only Memories did so primarily because of the game’s positive handling of pronoun selection during character creation in addition to exploration of gender through the game’s narrative and NPCs.

One respondent appreciated the conversation the player character has with Turing about human gender and the pronouns that Turing may like to use, and that others already use based on assumptions. Respondents also appreciated the diversity in gender presentation that you encounter when playing Read Only Memories, such as Sympathy—a character who has a beard and moustache, and who goes by she/her pronouns. 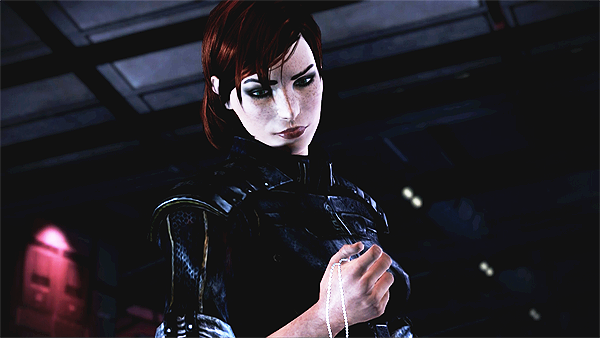 Generally, the Mass Effect series was praised by respondents for its representation of gender in terms of how Jane Shepard carries herself and how others interact with her. She is depicted as being just as capable as John Shepard, and is treated as such in cutscenes and dialogue. Other positives regarding gender representation are in relation to other alien races, where gender is tied to aspects of culture and religion. There can be multiple genders or no genders in many alien races, such as the Hanar, Quarian, and Salarian.

Another issue with the Mass Effect series was found in references to Legion in Mass Effect 3. One respondent discussed how this representation could be ostracizing for nonbinary and gender non-conforming players, particularly in regards to pronouns used when Legion does and does not have a soul.

Praise surrounding gender representation in the Saints Row series primarily centered around its character creator, where items—including hairstyles and voices—are not gender restricted in later games. The subtle inclusion of a transgender protagonist was also praised, as the original Saints Row featured only a man as a player character. This implied that when you play that same character as a woman in later games, you are, in fact, a transwoman.

Pronoun use was also highlighted by respondents, with the pronoun ‘they’ being used throughout cutscenes in the game regardless of the player character’s gender (although one respondent did mention that the dialogue occasionally slips up and uses he/him pronouns, even if you are playing as a woman). 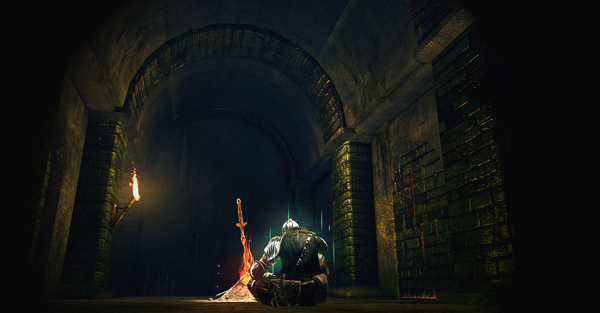 Within the Souls series, respondents appreciated that gender is treated as unimportant, not affecting gameplay or altering a person’s ability or skill. Armor appears similarly for men and women, with no sexualized outfits or ‘sexy running’ animations. One respondent appreciated the gender coffin in Dark Souls 2, enjoying the idea that gender was such a relaxed concept within the game that you could step inside a coffin and step out again with your gender altered, demonstrating its fluidity.

Representation in Sunless Sea was similar to that of Fallen London, which is understandable considering both titles were developed by Failbetter Games. The character creation process of Sunless Sea allows you to choose from a number of gender options through a list of titles, with some gendered (like ‘Madam’ or ‘Sir’) and others gender neutral (like ‘Captain’ and ‘Citizen’). Respondents appreciated that this choice of title is made separately to choices like character portraits and relationships.

This representation extends to NPCs with a number of them also presenting as gender ambiguous; respondents praised this, as it ensures that the player character is not a single queer representation within a heteronormative, gender binary society.