One thing I won’t miss about San Francisco at all is getting lost, wandering around at 8 PM with a dead phone before eventually calling a cab and crying when I finally got to my hotel room (look, it was a long day, ok?). One thing I will miss about GDC is, well, everything else. Okay, besides food prices—granted, maybe I didn’t look hard enough, but damn, the Frisco is expensive.

Let me back up a bit. For those who may not know, I was a scholarship recipient of the very first year of I Need Diverse Games scholars for All Access Passes to GDC 2016. Thanks to Tanya DePass and the wonderful people on the advisory board, I was able to get a pass to represent myself in San Francisco.

As a writer and game designer, a lot of my core interests in GDC was the narrative and design side of things. Planning for GDC, I had looked at plenty of talks and shoved them all into my schedule; from one on Life Is Strange and real-world issues (of course I went to that one) to “Don’t Fear the Queer” and the Rez 15-year postmortem. And networking, of course, but that didn’t go nearly as well as I would have hoped or liked. That’s another story entirely, of course.

The first day was one of the most tiring, hectic, confusing days of my life, but also without a doubt one of the best. Despite having to deal with a fear of flying and getting to my flight just as boarding had started, getting lost multiple times throughout the day, and dealing with incredibly exhaustion, it was one of the best days. I got to meet one of my favorite people, Riot Games’ Soha Kareem, and I hung out with her for a bit before my first of five talks for the day, “The Exposition Burden,” which was led by Jennifer Hepler (and was fantastic).

END_OF_DOCUMENT_TOKEN_TO_BE_REPLACED 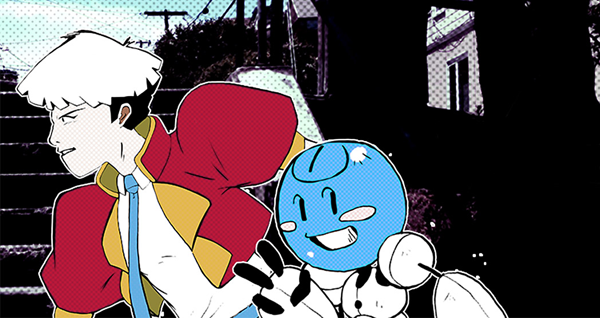 I have a few different games that I want to talk about today. It’s my “GOTY” list, so to speak, but it’s also much more than that. These are some of my favorite games of this year—and in some cases, they are my favorite games of all time—but I want this list to be far more than that. When thinking about doing something for the end of the year on FemHype, I didn’t want to just offer your average “Game of the Year” list where I talk about how rad some graphics and characters are (though there’s definitely nothing wrong with that). I wanted to do something more.

END_OF_DOCUMENT_TOKEN_TO_BE_REPLACED

Happy holidays from your ol’ buddies, ol’ pals at FemHype! It’s me, your friendly neighborhood Max. With “Game of the Year” games being announced, there really are only so many triple A games that one can afford. So, for this holiday season, we are giving you lovely FemHype community members the gift of cheap, fantastic games that we can nerd out about together. So here we go, fam!

A ghost of video gaming haunts 1986 interactive fiction mystery game Moonmist. When writers Stu Galley and Jim Lawrence sat down to collaborate on a new work for game company Infocom, they drew on the oeuvre of famous fictional detective series Nancy Drew (Lawrence had anonymously penned several Nancy Drew novels in the early 1980s). Historian Jimmy Maher wrote that this inspiration was so prescient, “The game and its accompanying feelies … would really kind of prefer it if you could see your way to playing as a female. Preferably as a female named ‘Nancy Drew,’ if it’s all the same to you.”

In Moonmist, you take on the role of a detective coming to the aid of your friend, Tamara Lynd, concerned about the haunting of her fiancé’s manor, Tresyllian Castle, near Cornwall, England. The classic text adventure system was praised at the time for its elegance. Copies of the game included physical materials—“feelies”—to aid the player in navigating Tresyllian, including a story about “The White Lady of Tresyllian Castle,” the ghost Tamara claims has been harassing her.

Moonmist is especially notable for including a character who is arguably the first gay character in a video game—I covered the character in-depth in a piece, with major spoilers, in video game history e-zine Memory Insufficient Volume 2: Issue 2. Like spooky spectres haunting a British castle, a number of free emulators of Moonmist float around online.

END_OF_DOCUMENT_TOKEN_TO_BE_REPLACED 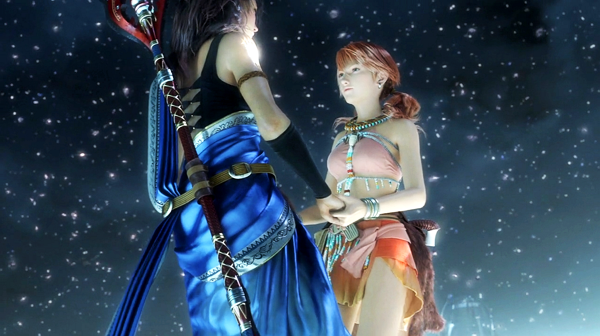 To all of our FemHype crew members who happen to be celebrating right now, we wish you a happy and healthy Thanksgiving! In the spirit of good turkey and giving thanks (not colonization), we asked our writing team what characters they were most thankful for. There’s a difference—a pretty big difference, as it turns out—between a beloved favorite character and a character who, upon meeting them, makes you pause. We’re deeply interested in exploring that very tangible moment, the one that leaves an impression days and even months after playing a game. It’s an experience defined by one character, and we’re so thankful that they exist.

As always, our super incredible staff were more than up to the task. We received a wide range of answers from seasoned fighters to young adolescents to omniscient narrators, and every interpretation featured here offers something new and exciting. If you love playing and watching games be played as much as we do, you’re in for a savory treat to pair with that side of cranberry sauce today.

What about you? What characters are you thankful for and why? Break off a few of these sweet cinnamon rolls and then meet us in the comments section to share your thoughts. If you jump in and feel comfortable being featured, we’ll totally add your comments to this post!

END_OF_DOCUMENT_TOKEN_TO_BE_REPLACED

For me, the internet has been a place where I’ve experienced some of the most important moments of my life. I’ve made some of my closest friends ever through games, forums, and Twitter. It’s helped shape my social network and my life experiences in one of the most (primarily) positive ways possible, and I’m eternally grateful for it.

This is why I had been anxiously waiting for Nina Freeman and Star Maid Games’ Cibele ever since I first heard about it. The idea behind it was something that felt so real to me—even discounting the fact that the game is a retelling of Nina’s college years. It’s a game with a premise that, in our day and age, feels so realistic—even more than that, it feels sort of like the norm. The idea of going to some website, on some game, and meeting some people and connecting with them is a common occurrence. For a person like me who’s highly introverted, connecting with people on the internet has been my main way of maintaining a social network—of having good, safe, and caring support.

So the idea of a game that’s so highly personal—meant to be emotionally charged and driven—was something that highly interested me, primarily because it was something that was similar and relatable. The whole premise of the game and Nina’s experiences, while not one to one, absolutely resembled experiences I had four years ago when I was just starting out in college.