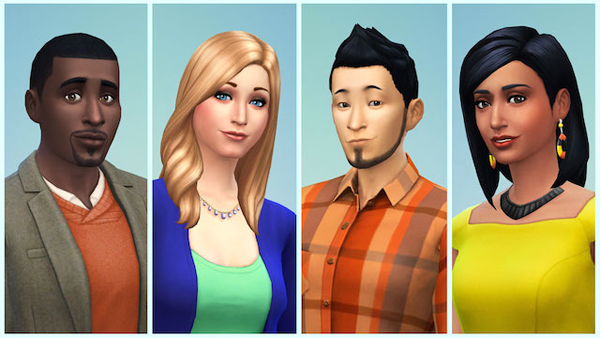 Character creation systems allow players to personalize the character that they play within a game, sometimes opting to create a representation of themselves or who they would like to be. For this reason, respondents to the survey often favored games that were most capable of creating a character they identified with, and those games that did not have this functionality were listed as having respondents’ least favorite systems.

Interestingly, there was sometimes a sense of shame attached to the favorite character creators that respondents listed, potentially due to the games that these creators were connected to. A lot of responses were followed by question marks to indicate uncertainty or started with phrases like ‘Weirdly’ or ‘Strangely enough.’

One of the primary issues respondents had with character creators were restrictions regarding gender, so creators that reduce these restrictions were praised highly. Games that require you to choose from a gender binary in the character creation screen—particularly when it has limited influence on the following story—were criticized, as were games that restrict choices of clothing, hairstyles, and voices based on this choice.

Respondents praised games that ask players to assign preferred pronouns to their characters rather than requiring them to make a sex or gender choice, as this allows for accurate dialogue while removing gender restrictions.

Respondents praised the character creator in The Sims series highly, citing diversity, variability, and a vast range of body options as reasons for their choice. Players enjoyed how customizable characters are in The Sims, particularly in later iterations of the series with their only criticism being gender restrictions on features and clothing items.

During the time that this survey was gathering responses, Maxis announced an update to The Sims 4, which removed these restrictions in the character creation screen (although the game still requires the player to select a binary gender) and allowed for modification of secondary sex characteristics, as well as Sim biology. Later responses to the survey noted this update as significant and important, and some respondents claimed that this update in particular led to The Sims series now having their favorite character creation system.

The variation of characters possible in the character creators of the Fallout series—particularly in Fallout 4—impressed many respondents enough to list these character creation systems as their favorite. Fallout 4 offers imperfections of skin tones, a variety of body types, and a number of makeup options, which respondents liked, though others disliked the gender binary within the system (made particularly clear by the heteronormative relationship the narrative forces the player to inhabit). This binary is reflected through restricted hairstyles and voices, which limits the customization options for the player. 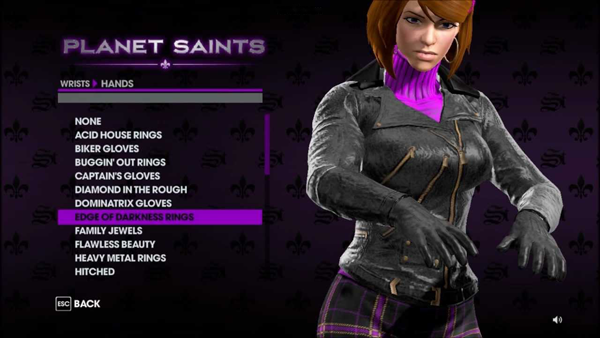 Respondents praised the character creator in later Saints Row games because of the lack of gender restrictions with all hairstyles, body types, and voices being available to all player characters, regardless of the binary gender assigned to them. Furthermore, two respondents suggested that Saints Row II or III include a gender ‘slider’ to allow for more masculinity or femininity on a fluid scale.

The Dragon Age series received praise for its character creators primarily due to the beauty of the art style, as well as the ability to alter aspects of appearance such as tattoos and makeup. However, many respondents did not like the Dragon Age character creators, citing the consistently terrible lighting as a primary reason. Other issues included the lack of available body types and a frustration that skin color of the player character does not always translate to the skin color of family members in-game.

Respondents enjoyed character creators in The Elder Scrolls series, with Oblivion, Skyrim, and Elder Scrolls Online specifically mentioned. Freedom and flexibility  were cited as primary reasons for these preferences, including the ease with which varied body types and skin tones can be conveyed. Criticisms were made regarding the complexity of these character creation systems, though, making them difficult to use for some respondents.

Gender was the major talking point for respondents who loved the character creation system in the Souls games. Although some respondents noted that the enforced gender binary within the creator was a flaw, people were pleased with the lack of gender restrictions on clothing choices and the way armor appeared similarly on the frames of different characters.

The variety and vocal options within the character creator were also praised, as they allowed respondents to create interesting characters and establish personality. While some also enjoyed the sliders that could be used to alter different aspects of the player character’s appearance, others did not like this component of the creator, feeling as those it required a level of artistic ability that they lacked and that made the creation process boring. 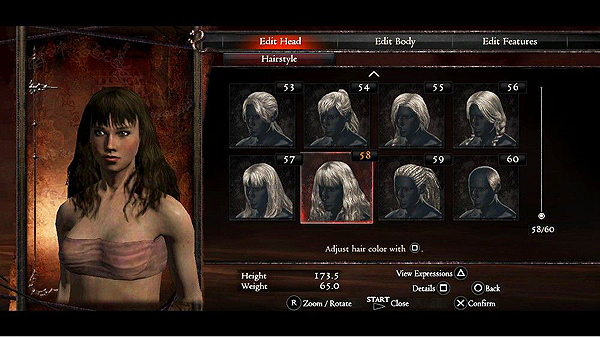 Respondents praised the character creation system in Dragon’s Dogma for allowing a variety of genders and body types, mentioning that selections from the diverse options available have interesting impacts in terms of in-game benefits and perks.

Guild Wars 2 was mentioned by several respondents as featuring their favorite character creator due to its extensive options and the variety of body types available, which was of particular importance to respondents.

The character creator in LongStory is simple with only two portraits to select from, but this simplicity did not discourage a number of respondents from deeming this system their favorite. Respondents praised the gender neutral pronoun option that could be selected by the player, which exists in place of a gender selection; all of the gender pronouns can be assigned to either of the gender- and racially-ambiguous character portraits that can be chosen, which respondents appreciated.

Respondents praised the character creation system in Phantasy Star Online for its simple but effective variety. The character creator features diverse body types, allowing for characters of larger sizes and a range of heights.