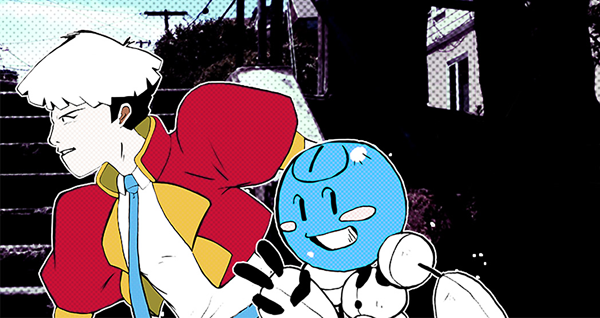 Favorite Use of Pronouns

Querying the community about their favorite use of pronouns in games saw mixed responses. Some wrote enthusiastic essays about their favorite and least favorite examples of how pronouns have been used, while others seemed to indicate uncertainty at what the question was asking. Some suggested that they did not have a response because they had never really thought about it, but that they saw the importance of including diverse or gender-neutral pronoun choices in games and, after completing the survey, were interested in paying more attention to this type of representation.

One respondent answered the question by saying, “She/he will do just fine imo,” demonstrating a lack of understanding regarding how exclusionary only offering he/him and she/her pronouns can be to those who identify with a gender or genders outside the binary.

An interesting perspective regarding pronouns in games was offered by another respondent. Though many games still rely solely on the binary options of he/him and she/her pronouns, those that are beginning to branch out and offer more choice are generally doing so in character creation environments (such as the often-discussed example, Read Only Memories). While these games are important in expanding the representation available in games, the respondent discussed how this is a “preaching to the choir” approach, as generally the people who would choose these pronouns when playing a game are those who already understand the importance of diverse pronouns and potentially identify with them personally.

The respondent suggested that it’s equally important to introduce more canonically nonbinary and gender-diverse characters so that pronouns can be introduced within the narrative of games, exposing more players to these pronouns and demonstrating their correct use. This is an idea that seemed to also resonate with other respondents, as the two most common examples of favorite pronoun use belonged to games where these pronouns are included canonically, rather than through character creation; Read Only Memories—with its character creator approach—features third.

Survey respondents’ favorite examples of pronoun use are listed below, ordered from most common response to least common.

The gender ambiguity of Frisk and Chara in Undertale was praised by those who took the survey, and a number of nonbinary respondents felt that they could identify with these characters. Although gender ambiguity is not the same as canonically representing nonbinary genders, the inclusion of Frisk and Chara in Undertale does mean that gender-neutral pronouns are being embedded within a narrative, exposing players to how these pronouns appear and should be used.

Respondents who praised the Dragon Age series for its use of pronouns were primarily concerned with Krem, a trans man in Dragon Age: Inquisition. Many respondents felt that pronouns surrounding him were handled correctly and tastefully, and that this is unusual within video games, particularly for characters of diverse genders within the canon. Still, not every respondent was happy with the portrayal of Krem, and a number of respondents had issues with the way the player character can interact with him disrespectfully with seemingly no repercussions.

Read Only Memories is a popular title for its handling of pronouns, allowing the player to select the pronouns that their player character will use from a broad selection, and also allowing the player to input their own custom pronouns. This system was designed to prove how easy it is for pronoun options to be incorporated in a character creation screen, and many respondents felt the game achieves this purpose.

However, not all respondents were happy with the way Read Only Memories handles pronouns. One respondent shared the following thoughts about the game:

“As a trans woman who used to identify as nonbinary, there’s a lot of baggage that comes along with using pronouns that aren’t she/her or he/him. To really represent people who identify outside of that binary, I think it’s important to show what it’s like.”

This respondent felt that simply selecting the pronouns that are used in the game did not adequately demonstrate the weight of such a decision and how this is reflected in society.

While creating a character in Sunless Sea, the player is able to select from a number of gendered and gender-neutral titles, which respondents praised as a humorous and interesting way of diversifying pronouns used within the game. Respondents appreciated the gender-neutral options, as well as the ongoing impact of selecting these options, resulting in dialogue that can be entertaining while never being disrespectful. These selections also do not change or hinder gameplay.

Fallen London allows the player to choose from a number of diverse pronouns and titles during character creation. At first, you are permitted to say:

“My dear sir, there are individuals roaming the streets of Fallen London at this very moment with the faces of squid. Squid! Do you ask them their gender? And yet you waste our time asking me trifling and impertinent questions about mine? It is my own business, sir, and I big you good day.”

This humorous approach appealed to respondents, who enjoyed being able to choose a nonbinary or ambiguous gender in a way that was not too explicit or obtrusive. 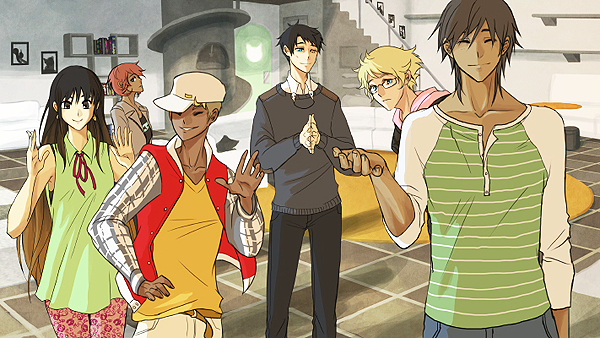 Hustle Cat is a dating sim that represents diverse sexualities and genders. Respondents enjoyed being able to choose gender-neutral pronouns during character creation with the six character portraits offered to the player regardless of the pronouns selected. Characters do not treat you differently throughout the game based on the pronouns you select or ask you any questions about your gender, which respondents noted as positive.

There was praise for the simplicity of LongStory’s character creator, primarily due to the available pronoun options. There are two portraits to choose from, and each can be given he/him, she/her, or they/them pronouns, which are then respectfully used by characters when referring to the player character throughout the game. 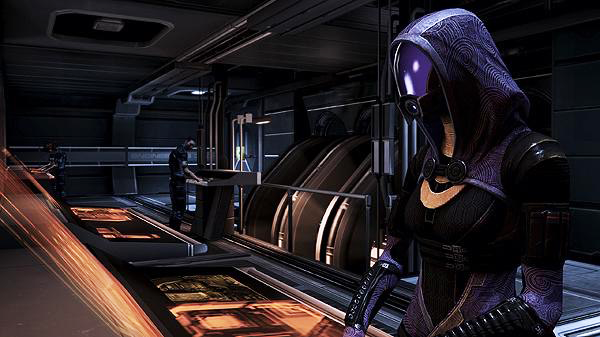 Respondents who praised the pronouns in Mass Effect were primarily pleased by the accuracy and consistency of pronouns within cutscenes, particularly when playing as Jane Shepard, as characters never slipped up by using ‘he/him’ pronouns or relying on ‘they/them’ pronouns, but instead clearly acknowledging that Jane is a (very capable) woman.

Some respondents did feel that the Mass Effect series missed an opportunity to use diverse pronouns when addressing alien races, instead of using he/him and she/her pronouns consistently. The treatment of Legion and the use of he/him pronouns to refer to Legion after gaining a soul was offensive to one respondent, through its suggestion that those who use gender-neutral pronouns cannot have souls.

The way the Saints Row series has adopted gender-neutral pronouns for the game’s protagonist was loved by respondents. In later Saints Row games, you can choose to play as a man or a woman, but cutscenes and dialogue will refer to you the same way regardless, relying on titles (such as ‘The Boss’ or ‘The President’) and they/them pronouns. Unfortunately, there are slip-ups in some dialogue or cutscenes, with the pronouns he/him being used, even if you are playing as a woman, which was noticed and criticized by one respondent.