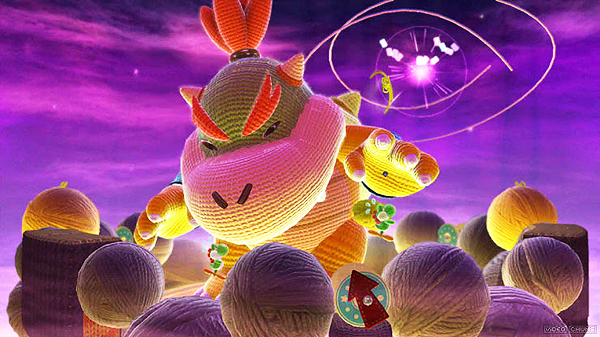 I have a confession to make: I have more than two decades of experience with platforming games, and I play Yoshi’s Woolly World in Mellow Mode.

Yoshi’s Woolly World is the latest Nintendo platformer centered around the company’s cynosure Mario franchise. Unlike the Mario platformers, the emphasis in the Yoshi games is not speed or precision, but rather on thoroughness of exploration. After completing a level, the player is presented with a scorecard that tallies how collectibles were located. There is no tangible reward for 100% completion, but the gold star next to the title of a level on the overworld map sure looks nice, as do all of the unlockable skins for the playable Yoshi character.

Aside from its collection elements, the game doesn’t offer much additional challenge as a platformer. In fact, it’s rather laid-back and seems to be intended for less experienced gamers.

Because Yoshi’s Woolly World is still a traditional platform game, however, the player can succumb to all manner of sudden deaths. These environmental hazards are easy enough to avoid; but, should the player slip up, all progress since the start of the level or the midlevel checkpoint will be lost. What this means is that the results of the player’s careful exploration and collection will be lost, and all of the time in the process spent will have been for nothing.

As an adult, the time I spend playing video games is limited. Twenty minutes of lost time that might be a “challenge” to another play feels like something approaching an insult to me, as it demonstrates a lack of respect for my resources. Instead of helping Yoshi collect balls of yarn, I could have spent my precious free time doing any number of other things with more tangible benefits. In other words, games that require a significant and unrewarded investment of my time have become less accessible as I’ve grown older.

I started thinking about accessibility in gaming after reading Jay’s essay on “Self-Care in Stardew Valley.” Jay posits that Stardew Valley is as much of a self-care simulator as it is a farming game. For the player character in Stardew Valley, “as in real life, rest and recuperation is vital.”

Rachel W. has expressed similar thoughts in her post “Walking as a Process of Healing in Lieve Oma,” which begins with the apt statement that, “Some of the most memorable and meaningful moments in video games have involved being alone in beautiful landscapes.” I have experienced many of these moments myself, and these small occasions of wonder and tranquility are the reason I continue to seek out new experiences in the gaming medium. 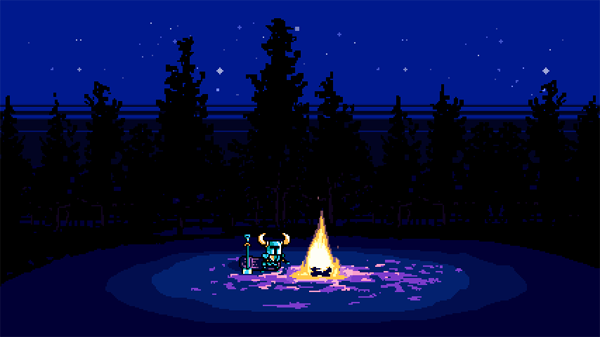 Different people come to games for different reasons. I personally play games to relax and unwind in colorful and creative worlds. I love platform games that emphasize mechanical skill, such as Limbo and Shovel Knight, especially when they feature convenient respawn points. That being said, I also love games with less physical tension that instead offer the player mental and emotional challenges.

This is why I’ve been making my way through Yoshi’s Woolly World with the Mellow Mode setting turned permanently on. What this setting does is give Yoshi wings so that they can hover leisurely in the air. Although Mellow Mode doesn’t negate the game’s platforming aspects, it renders them slightly less stressful, and it eliminates most of the risk of sudden death. In other words, the setting gives the player a greater freedom to explore the game free of the worry that a departure from the beaten path will result in nothing more than lost time.

What I especially appreciate about Mellow Mode is that the player can turn it on or off at any point, including in the middle of a level. The player is therefore allowed to determine their own goals, which may change along with the player’s level of skill or patience. This feature of Yoshi’s Woolly World therefore allows for a greater diversity of players and gameplay experiences, acknowledging that different gamers are interested in different elements of the experience of playing a video game.

This philosophy of game design stands in direct contrast to the mission statement put forth by Derek Yu in his recent book-length essay (published by Boss Fight Books) on Spelunky. Yu explains that he wanted his game to be equally difficult and punishing for everyone. From his viewpoint, this decision has nothing to do with his sense of belonging to a specific culture of gamers. Rather, he positions his design choices as a bold statement meant to resist capitalistic tendencies that deny the creative potential of both players and games as a medium.

Yu writes, “My worry is that, as players, we’ve grown too comfortable with being comfortable. We revel in being consumers of products, rather than contributors to a rapidly-evolving art form.” In his experience with testing Spelunky’s prototype, Yu noticed that many players coming to a game for the first time will opt for an easier difficulty setting, presumably because they don’t appreciate what is ostensibly the main objective of any given game; namely, to be challenging.

He laments that, “We’ve gone from asking, ‘How does this game play?’ to asking, ‘Does this game play the way I want it to play?'” In other words, gamers who avoid challenges related to mechanical skill are too complacent.

I have trouble understanding this mindset, which has effectively shut me out some of the most celebrated titles in recent gaming history, such as The Last of Us and BioShock Infinite, both of which demand—even on their easiest difficulty settings—that I be proficient with their first-person shooting mechanics. This is despite the fact that open-world games such as Fallout 4 have demonstrated that skill-based combat need not be mandatory in a game that features it as a mechanic; there are plenty of other possibilities, including the option of not fighting at all.

To me, playing Yoshi’s Woolly World is pure ludic joy. Although I started the game in Normal Mode, I quickly realized that I would have much more fun if I switched to Mellow Mode. By allowing the player this degree of control, the developers have broadened the possibilities of the game, not limited them. Of course, I may be playing a different Yoshi game than a hardcore platformer enthusiast interested in competitive speedruns, but thankfully, the Yoshi’s Woolly World is capable of accommodating both of our playstyles.

As video games continue to evolve into ever more gorgeous works of visually stunning storytelling, it’s only natural that they have begun to attract larger and more diverse audiences. These players will have different skill sets and expectations, and many of them may come to gaming with goals that have nothing to do with high scores or kill counts.

This is why I believe that built-in gameplay features such as the Mellow Mode in Yoshi’s Woolly World are important in making games accessible to people who fall outside of the narrow parameters that currently define many industry standards regarding who gamers are and what they want from the experience of gaming.