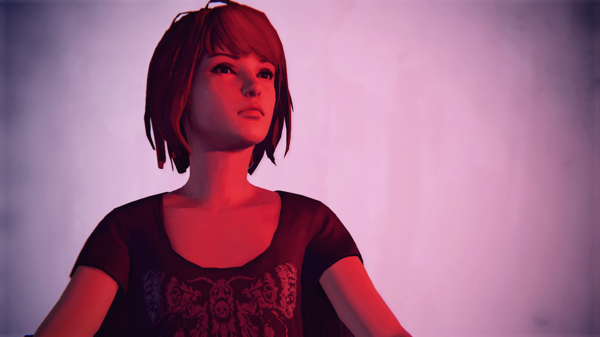 Although it is neither new nor surprising, violence against women in video games still feels more and more like an inevitability. For a game where your narrative choices are supposed to matter, Life Is Strange took the power out of the players’ hands in its final episode, “Polarized.”

Let’s start with where the last episode began. Max was captured by the nefarious—to say the least—Mr. Jefferson, who was revealed to be the true killer of this tale at the end of the fourth episode. In the final episode, the player wakes up strapped to a chair in front of a photographer’s white backdrop located deep in Nathan Prescott’s bunker, otherwise known as the “Dark Room.” The room is dim, save for the blinding professional lights reflecting off of Max’s face. The only thing the player has control over is the camera, where you can scan the room to find your frienemy Victoria tied up and unconscious next to you on the ground in addition to a cart filled with plastic gloves and drugs.

Over and over, you hear the frantic thoughts of Max, who says that she “can’t remember” anything that happened. Eventually, the player uses Max’s rewind powers to relive the moment of Mr. Jefferson standing over her unconscious body with his camera, whispering to himself about the “purity” of Max’s unconscious expression and thinly veiled threats like, “Don’t move, or this will hurt very much.”

At this point, we are supposed to accept with just a few crumbs of plot that Mr. Jefferson is so fixated with getting the perfect subjects for his photographs that he would go to the extreme lengths of kidnapping, drugging, and photographing teenage girls against their will—not to mention murdering multiple kids in his pursuit. We are expected to believe that Mr. Jefferson is simply a depraved man, which, for me, simply wasn’t convincing.

The big reveal at the end of the fourth episode was so shocking and so exciting that I didn’t know what to expect for the final episode. All I knew was that I wanted my questions answered. What drives Mr. Jefferson’s character to commit these crimes? What is his end goal? I get that the world of Arcadia Bay is meant to be fictional to the extent that supernatural powers, alternate timelines, and freak natural disasters occur in simultaneity. So it stands to reason that the fictional drama could do with a dose of psychopathic killer à la your typical horror game. Unfortunately, my questions weren’t answered satisfactorily. Rather, Mr. Jefferson turned into a caricature of a Scooby-Doo villain.

We seem to get the idea that Mr. Jefferson is getting older and is a bit frustrated with Max’s generation (to the point where he made groan-worthy comments about selfies). Internally, he seems jealous of the fact that his time as an artist has passed, though it’s not as if he can get recognition for the photographs he’s taking in the Dark Room without immediately getting himself arrested. So why does he do all of this? Mr. Jefferson reveals that his interest in Max is the pure “innocence” she possesses—which, if you know anything about Max’s character, doesn’t really sound like her. Instead, what we get is Mr. Jefferson’s distorted perception of Max as a young, vulnerable girl and his insistence on having a “connection” with her. And what we’re left with is an implication that the developers wouldn’t directly state in the game: that Mr. Jefferson is a sexually depraved man.

While Life Is Strange did not portray scenes of sexual violence explicitly, the Dark Room itself became the metaphorical site of rape that many women and gender variant people will unfortunately—quite literally—experience in their lifetimes. The entire time I was playing the beginning of the episode, I was thinking in my head, when will this be over? This was the same terrifying thought that I had during my own sexual assault. When you play as Max, you are forced to go through what it is like to be tied up, drugged, then violated against your will. I actually felt sick during the entirety of the scene in the Dark Room. Was this the point? Was I meant to feel so disgusted that I no longer wanted to play the game? Am I just too sensitive? Perhaps the only thing that could have made this worse would be if I were experiencing it in first-person mode rather than third-person.

Set-ups like this have been the status quo across a wide variety of visual media. In her notable essay, “Visual Pleasure and Narrative Cinema,” Laura Mulvey uses Freudian theory to explain how the structure of cinematography unconsciously serves a patriarchal system of exploitation of women’s bodies. Leaving behind a modern feminist critique of her essay and the dubiousness of Freudian theory in general (for another rainy day, perhaps), Mulvey makes an important point that underscores a certain discourse prevalent in all visual media:

“This is what makes cinema quite different in its voyeuristic potential from, say, strip-tease, theatre, shows, etc. Going far beyond a woman’s to-be-looked-at-ness, cinema builds the way she is to be looked at into the the spectacle itself. Playing on the tension between film as controlling the dimension of time (editing, narrative) and film as controlling the dimension of space (changes in distance, editing), cinematic codes create a gaze, a world, and an object, thereby producing an illusion cut to the measure of desire.”

In other words, the kind of violence portrayed in the Dark Room functions differently than your average strip-tease, where the goal is to make the visual undressing explicit. The Dark Room is an allusion to violence, but it is also an illusion of safety. “True” violence, we’re told, doesn’t happen in front of our eyes, but it could; we (and Max) are “safe” because the game promises us that there’s a way out—but only after we have performed the trauma against ourselves. 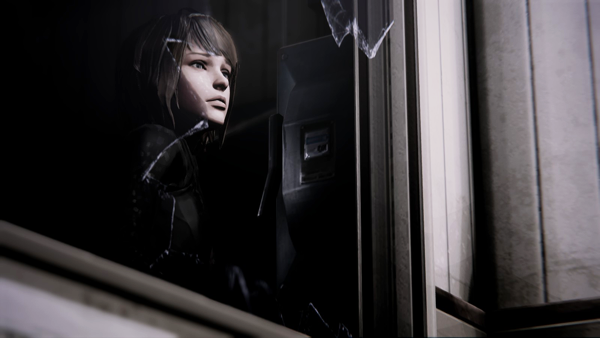 Perhaps the only redeeming moment of the Dark Room and Max’s capture during Life Is Strange‘s bizarre finale is that she manages to rescue herself (mostly) without the aid of protagonists who are men, unlike a more common narrative. Max’s powers save her, she triumphs over the numerous bad characters around her, and through our intuition, we get to help her realize this. Agency, right? Max defeats Jefferson and narrowly escapes, but not without sustaining severe emotional and psychological damage as a survivor of manipulation and violence at the hands of men. This doesn’t even mention the bizarro nightmare sequence later on in which Max is literally stalked by all the weird and incredibly violent men in her life. To make matters worse, when Max brings this up to Chloe, they simply state how horrible it was and move on—no processing necessary.

I wait with bated breath for the day that we get to see survivors of trauma and sexual assault in video games actually get to consciously process their trauma as part of the narrative. A spectacular example of a television show that gets this right is the new Marvel series on Netflix, Jessica Jones, created by Melissa Rosenberg. She commented in an article with The Hollywood Reporter recently that:

“For me, if I never see an actual rape on a screen again it’ll be too soon. It’s becoming ubiquitous, it’s become lazy storytelling and it’s always about the impact it has on the men around them … It’s damaging. It’s just hideous messaging, and so coming into this, the events have already happened and this is really about the impact of rape on a person and about healing, survival, trauma, and facing demons. To me, it’s much richer territory.

If you turn on any television show or, for that matter, film these days, nine out of 10 of them seem to open with a naked, tied-up, dead woman with her undies around her ankles. I think I’ve been calling them the NTSDs, which stands for naked, tied-up, dead, I can’t remember. They’ve just become so ubiquitous, it’s like numbing the audience to what is a horrific violation.”

Jessica Jones uses flashing lights, blurred sight lights, and other cinematographic codes to masterfully express visually what it’s like to be sexually assaulted—not to mention manipulated and gaslighted by your abuser—and to live with that trauma daily. Where Life Is Strange falls short is how it fails to give Max moments to name her trauma, to talk to other women who have experienced the same trauma, and to work through it. The plot moves on to rewind and “undo” the scene so that it is as if she was never assaulted in the first place, or as if she did not remember it.

Maybe Life Is Strange is making a statement on the state of violence against women. What if we’re meant to feel as though these depictions of violence against women—from Nathan’s initial shooting of Chloe in the school bathroom, to David’s fixation with surveilling teenage girls, to Frank the drug dealer’s violent behavior—are just reflections of our reality? Is this a critical exposé on how we treat women? It’s hard for me to believe that it’s purely just a matter of social commentary. In any case, current examples from visual media such as Jessica Jones are proving that video games can and must do better when it comes to depictions of women, rape, sexual assault, and those stories.